Latinx Book Love is a Newsletter Feature where I gush about Latinx authors I love and try to convince you to buy their books : ) 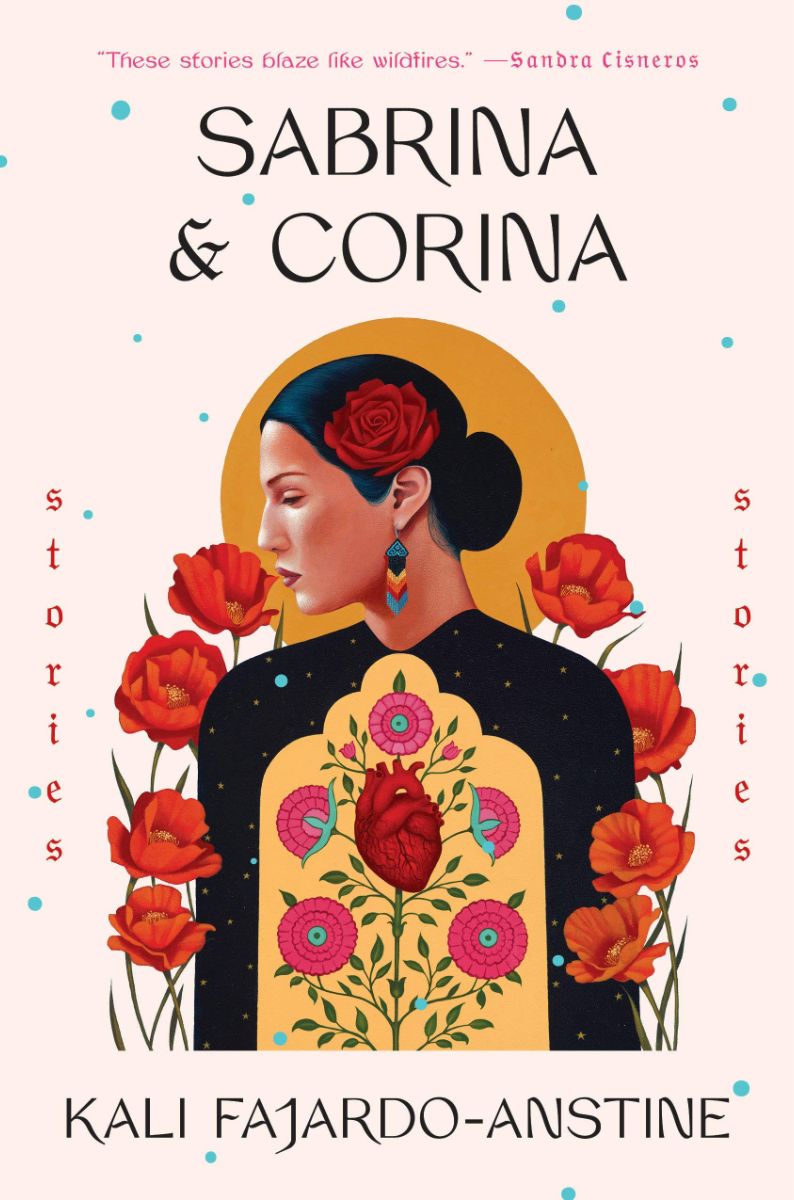 It’s been a really long time since I read a short story collection. This one was so incredibly satisfying. The characters, the setting, the voice, everything about it was like finding rain in the middle of the desert–an experience I hadn’t even realized I’d been longing for until I fell into these women’s stories. Each one was absolutely stunning in its portrayal of a reality we rarely get to see, let alone reflect on. I’ve heard the statistics before about indigenous women going missing and never being found. Not all of the stories in this collection take this as literally as the title story, Sabrina & Corina, which was gut-wrenching, but so many of the stories deal with loss, with erasure, and with the kind of generational pain that is perpetually present in indigenous, Latinx, and WOC’s lives and how difficult it is to break free from. That was the sense I felt at the end of every story–this deep, visceral longing for freedom. I also felt anger, confusion, bitterness, sadness, and hope. There are flickers of it, here and there, when a character whose circumstances make you ache, finds some agency, or realizes some truth. But more than anything, it made me long for more of Kali’s words because they are absolutely perfect.

Latinas of Indigenous descent living in the American West take center stage in this haunting debut story collection—a powerful meditation on friendship, mothers and daughters, and the deep-rooted truths of our homelands.

“Here are stories that blaze like wildfires, with characters who made me laugh and broke my heart.”—Sandra Cisneros

Kali Fajardo-Anstine’s magnetic story collection breathes life into her Latina characters of indigenous ancestry and the land they inhabit in the American West. Against the remarkable backdrop of Denver, Colorado—a place that is as fierce as it is exquisite—these women navigate the land the way they navigate their lives: with caution, grace, and quiet force.

In “Sugar Babies,” ancestry and heritage are hidden inside the earth but tend to rise during land disputes. “Any Further West” follows a sex worker and her daughter as they leave their ancestral home in southern Colorado only to find a foreign and hostile land in California. In “Tomi,” a woman leaves prison and finds herself in a gentrified city that is a shadow of the one she remembers from her childhood. And in the title story, “Sabrina & Corina,” a Denver family falls into a cycle of violence against women, coming together only through ritual.

Sabrina & Corina is a moving narrative of unrelenting feminine power and an exploration of the universal experiences of abandonment, heritage, and an eternal sense of home.

North of Happy
by Adi Alsaid 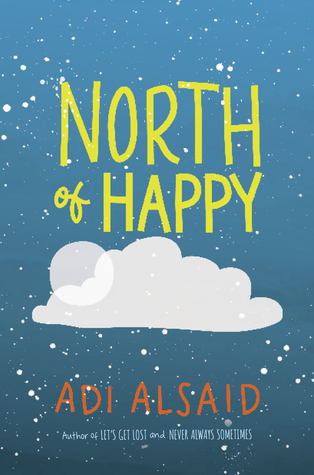 Before #DVPit I was searching for comp titles and happened to come across North of Happy by Adi Alsaid. It has all of my favorite things–tacos, restaurant dynamics, a quiet, internal conflict, and Mexicans (I’m partial). This book has the most beautiful slow build and an ending so poignantly and poetically human that it left me feeling alive in all the best and worst ways. That is the heart of this story–that life is both hopeful and heartbreaking, wonderful and devastating and that it is those quiet moments in between when we are doing something we love with people we love that matter. This book reminded me that the human experience is nuanced and full of “small stakes” moments that shape us in so many unexpected and significant ways. We don’t have to be on a quest to save the world to have a live worth living. We are all big and we are all small. Whatever we can create with the gifts we’ve been given, it is enough. The pursuit, the attempt, the imperfect execution, it is enough.

Carlos Portillo has always led a privileged and sheltered life. A dual citizen of Mexico and the United States, he lives in Mexico City with his wealthy family, where he attends an elite international school. Always a rule follower and a parent pleaser, Carlos is more than happy to tread the well-worn path in front of him. He has always loved food and cooking, but his parents see it as just a hobby.

When his older brother, Felix—who has dropped out of college to live a life of travel—is tragically killed, Carlos begins hearing his brother’s voice, giving him advice and pushing him to rebel against his father’s plan for him. Worrying about his mental health but knowing the voice is right, Carlos runs away to the United States and manages to secure a job with his favorite celebrity chef. As he works to improve his skills in the kitchen and pursue his dream, he begins to fall for his boss’s daughter—a fact that could end his career before it begins. Finally living for himself, Carlos must decide what’s most important to him and where his true path really lies.

I Am Not Your Perfect Mexican Daughter
by Erika L. Sánchez 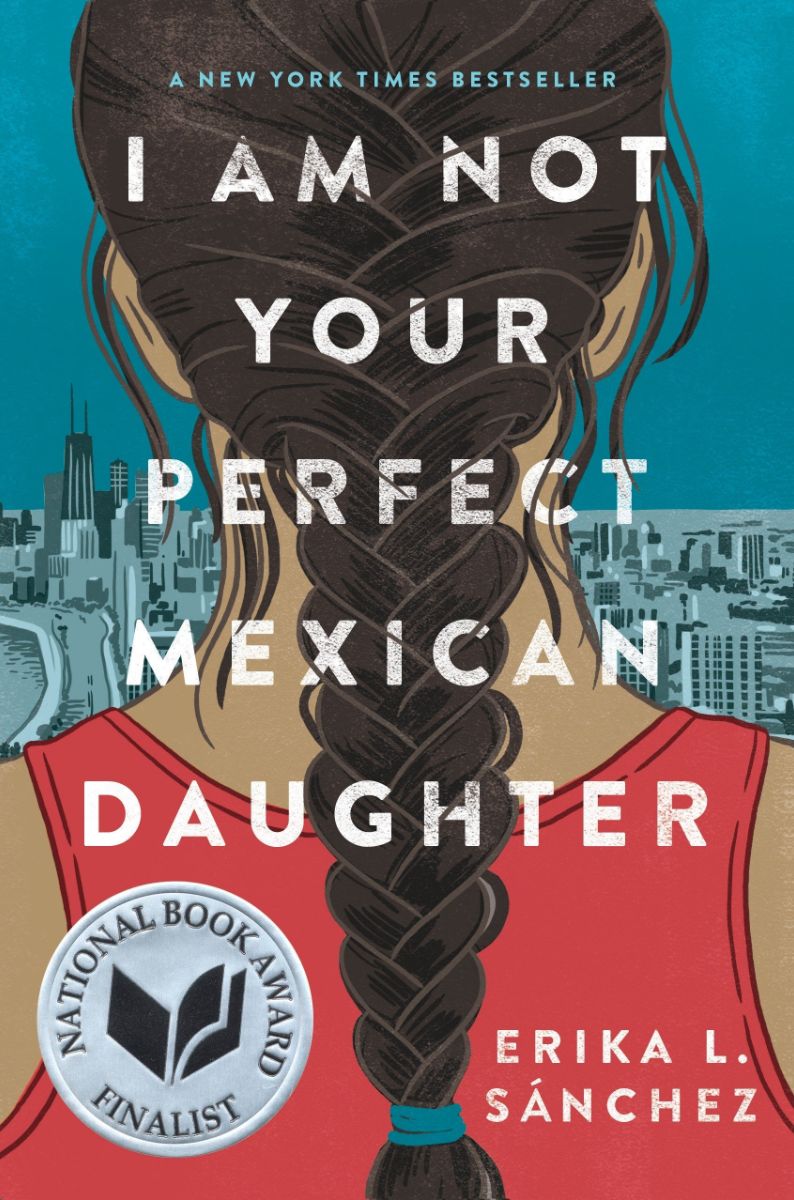 THIS. BOOK. The title says it all and yet, the moment I heard Julia’s voice, so unapologetically raw and real; so disinterested with playing the part, with pandering to expectations that do not make her feel alive, I was stunned and seen and completely sliced open. THIS BOOK was my permission to write characters that don’t fit perfectly into either whiteness or Latinx. Into either American or Mexican. Julia is perfect because of her imperfections and isn’t that the truth so many Latinx women need to hear? I didn’t have a mom like Julia’s who was distant and unable to summon empathy when her daughter needed it most. But Julia’s interactions with her mom reminded me of stories I’d heard my own mother tell about what it was like growing up with adult siblings and older parents. With a mom who was critical and how that air of criticism, even when unspoken, was suffocating. This book allowed me to see into my mother’s life, into her girlhood dreams that were snuffed out by cynicism and fear. And I was able to understand how those experiences shaped the parent she became; the mother she was to me. For that insight, for Julia’s inspiring bravery, for her brokenness too, I am grateful.

But Julia is not your perfect Mexican daughter. That was Olga’s role.

Then a tragic accident on the busiest street in Chicago leaves Olga dead and Julia left behind to reassemble the shattered pieces of her family. And no one seems to acknowledge that Julia is broken, too. Instead, her mother seems to channel her grief into pointing out every possible way Julia has failed.

But it’s not long before Julia discovers that Olga might not have been as perfect as everyone thought. With the help of her best friend Lorena, and her first love, first everything boyfriend Connor, Julia is determined to find out. Was Olga really what she seemed? Or was there more to her sister’s story? And either way, how can Julia even attempt to live up to a seemingly impossible ideal?